JULY 26, 2022 – A new report for national business association Advanced Energy Economy (AEE) by independent consulting firm Energy Strategies finds that establishing a Regional Transmission Organization (RTO) for Western states would create as many as 657,000 permanent, high-paying jobs in the West. The analysis, "Western RTO Economic Impact Study," also found that a Western RTO would diversify state economies and save ratepayers millions of dollars per year in energy costs.

An RTO is a cooperation agreement which allows electric utilities across multiple states to share resources and leverage the cheapest, cleanest, and most efficient energy sources through an organized regional market. Currently, the West is one of the only regions in the U.S. without an RTO managing its power grid.

The analysis found that every state in the Western region (Arizona, California, Colorado, Idaho, Montana, Nevada, New Mexico, Oregon, Utah, Washington, and Wyoming) could expect economic benefits from a West-wide RTO, driven by lower electricity prices for households and businesses, additional clean energy development across the region, and the expansion of existing, as well as attraction of new, businesses to the West. 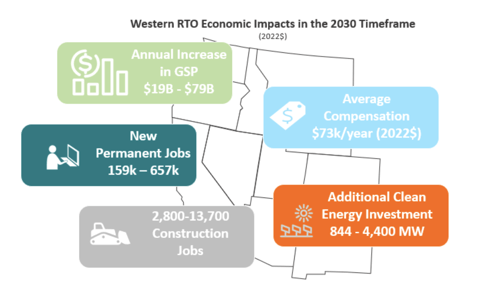 “The sooner the West develops an RTO, the sooner residents of the Western U.S. will see the economic benefits of a cleaner and more efficient power grid," said Amisha Rai, Managing Director at AEE. “The West needs a more secure power grid that is resilient to extreme weather and more welcoming to a changing energy mix. In building an RTO of the future here in the West, states can achieve those goals while creating jobs and delivering financial savings for households and businesses.”

“These results are exciting for the Silver State and support work already being done in Nevada and throughout the West,” said Director of the Nevada ​​Governor’s Energy Office David Bobzien. “Our state is leading regional efforts to build a Western energy grid that bolsters our commitment to energy affordability, renewable energy and our clean energy economy. We look forward to working with the rest of the region on continuing to move this forward.”

“California should be looking seriously at this study and the benefits an RTO could bring to our state," said California Assembly Member Chris Holden. “An RTO could safeguard against blackouts, reduce household energy costs, and keep high-paying, permanent jobs here in California — all while helping to achieve our ambitious goal of 100% clean energy by 2045. For years, California has been looked to as an innovative leader in the energy sector, but if we don’t consider collaborating with the rest of the West, we risk being left behind. We can’t afford to go it alone.”

“This study confirms what we in Colorado have known all along: An RTO is a great win-win, better reliability and lower costs,” said Colorado State Senator Chris Hansen. “We must continue to advance the work in our region to better integrate our energy resources so that Coloradans have reliable power and save on their electricity bills. The state should move quickly to create the path to clean, affordable energy and I look forward to working with our state leaders to ensure Colorado remains on track, actively engaged with the rest of the region, and is able to reap the economic benefits tied to RTO formation in the West.”

“The economic growth potential shown in this study is confirmation that Colorado is on the right path in directing our utilities to join an RTO by 2030," said Colorado State Senator Don Coram. "Legislators on both sides of the aisle are dedicated to lowering energy costs for families and businesses and shoring up our grid to make it more reliable.”

“It's exciting to envision the economic potential of a coordinated and integrated Western grid that can not only support the development of new renewable energy and battery storage projects, but also deliver affordable electricity to homes and businesses,” said Mona Tierney-Lloyd, Head of US Public Policy at Enel. “This is a unique opportunity to pull together for the good of the region, for each state and for Westerners, and for the economy.”

This new report comes at a time of significant momentum for a Western RTO. In Colorado and Nevada, state legislatures passed laws directing utilities to join an RTO by 2030; in California, legislators are considering a resolution that would explore opportunities to work with other states and better understand regional transmission opportunities, including formation of an RTO. There is bipartisan support for building grid capacity and exploring regional strategies across the West. As consumers face electricity cost hikes and threats of transmission blackouts due to extreme weather, it’s more important than ever to learn more about the potential benefits of a regionalized Western grid.

A full copy of the report can be downloaded here. 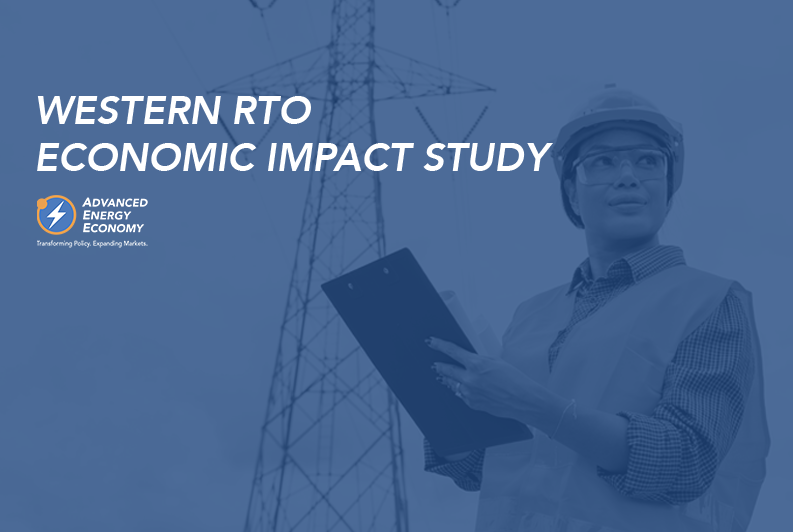